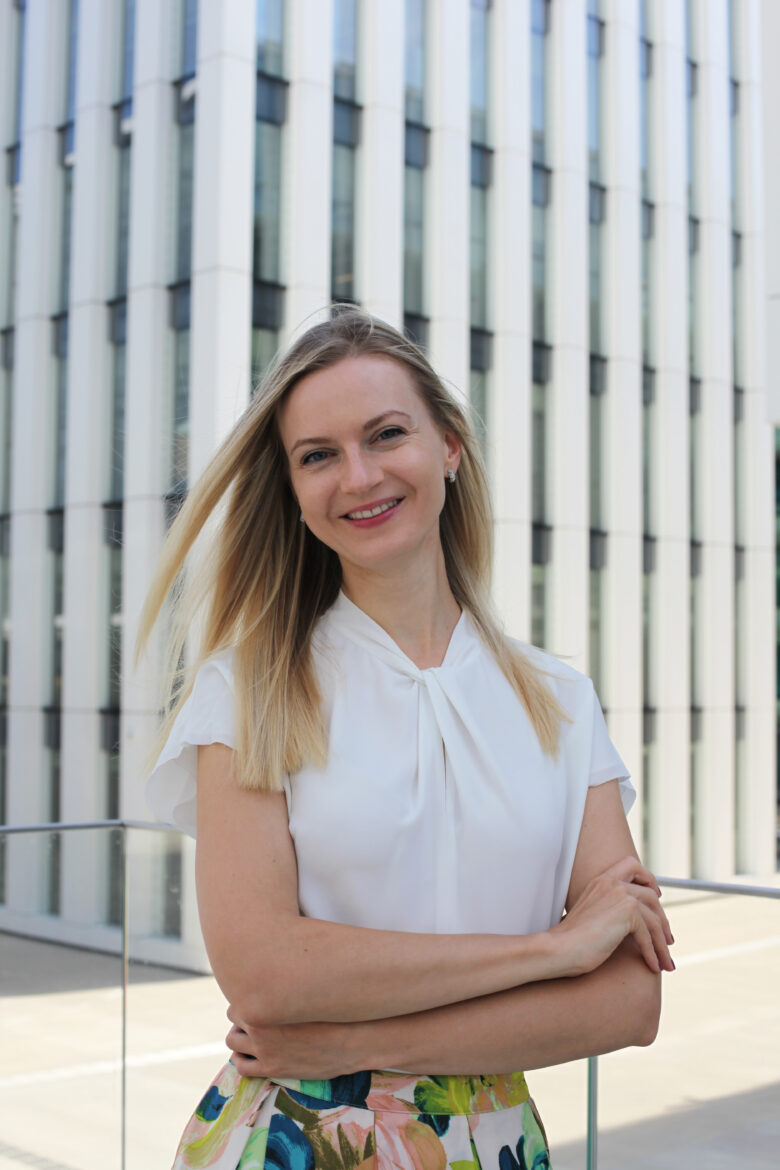 “Every third woman is affected at some point in her life”

Helping women with a health issue often hushed up: Why Ieva Paludneviciute and her team are building a digital solution for pelvic physiotherapists and their patients.

You have a legal background Ms. Paludneviciute, what brings you to the e-health field?

Whilst working in London I was attracted to the energy of start-up culture and moved away from law to work at a start-up incubator. Assisting other start-ups who were filling gaps in the market inspired me to delve into the women’s health topic to see if I could find solutions. I was aware of urinary incontinence from my cousin who experienced issues with it after giving birth. I began researching the topic and to my surprise, discovered, that every third woman is confronted with urinary incontinence at some point in her life. I began to reach out to women in Facebook groups and received a lot of responses, where they explained how severely it affected their daily lives and mental health. I felt it was an area where there was scope for improvement and the possibility to positively impact people’s lives, so I decided to create a tool to do so.

What services does your digital solution provide?

You won the STARTUP CAMPUS award “Jurys Favorite” across all cohorts. What does it mean to you?

When researching the topic of urinary incontinence, I noticed a disconnect between the medical community and the general public. While incontinence is a common topic amongst doctors and physiotherapists, there is a lack of awareness and public knowledge. Also receiving the special Award “Jurys Favorite” by STARTUP CAMPUS acknowledged the growing awareness of the importance of women’s health issues. This has empowered my team and I to continue to advocate for women and physiotherapists dealing with incontinence. In addition, winning some funding, will accelerate our product development process.

About the Award:
In 2021, STARTUP CAMPUS Team together with the Lead Trainers decided to not only award the best business concept per class but to also have a new award “Jurys Favorite” across all cohorts. This award is endowed with 2500 CHF and should help the team lead to further accelerate the venture after attending the Innosuisse Business Concept Course.